The origins of the modern Retriever breeds are widely unerstood to lie in the direction of the patronage of several wealthy Landowners, who in the heyday of the British Empire, observed the retrieving skills of the St. John's Water Dogs of the fishermen who plied their trade between Labrador and Newfoundland, Canada and the English south coast ports. History records that the respective sons of the 2nd Earl of Malmesbury and the 5th Duke of Buccleuch were keen sportsmen requiring loyal and capable retrieving Gundogs and so, a programme of breeding was undertaken in the late 1880's, leading to the Labrador Retriever which has been introduced to sporting households throughout the modern world. Similarly, the other popular Retriever breeds of Golden Retriever, Flatcoat, etc. all enjoyed their early patronage. Lord Tweedmouth, for example, is affectionately acknowledged to have been the originator of the Golden Retriever which we know today ; this was the result of his initial breeding in 1864 of a handsome yellow coloured Flatcoat to a Tweed Water Spaniel. These early days saw great enthusiasm and a measured degree of experimentation on the part of Sportsmen and Kennels, creating the Gundogs we all enthuse over in the 21st Century.

Against this historical backdrop, the SFTA's earliest recorded Retriever trials - or Stakes as was the term widely adopted at the time, due to wagers placed by the wealthy owners of competing dogs - took place on Thursday, 3rd October, 1907. The Kennel Club Stud Book sets out the relevant facts, including prize money of 30 shillings for the Winner of the 15 dog Open Stake and 15 shillings for First in the 10 dog Non-Winners Stake. The venue was Yester Estates, by Gifford, East Lothian by kind permission of the Most Honourable The Marquis of Tweeddale. The Winner of the Open was Mr D. Milne's "flat-coated bitch" Cadzow Nell. Placed first in the Non-Winners Stake was The Duchess of Hamilton's Labrador Dungavel Juno. The Open Winner was eligible to compete in the International Gundog League's Retriever Championship, this prestigious event itself of recent birth.

Fast forward to 2007 and the Centenary Year of SFTA. The Open Stake was held that year on Thirlestane Castle Estate, Lauder by kind permission of Eskdale Sporting Services. Our Winner was Mrs Sandra Halstead of Drakeshead fame, with Field Trial Champion Drakeshead Logo, bred by husband, John. Our Runner-up was Tess Lawrence, running FT Champion Wlllowick Ruff, this pairing going on to win the 2007 IGL Retriever Championship held on The Great Park, Windsor by gracious permission of Her Majesty Queen Elizabeth II.

And so to the present day ; it is indeed fitting that Scottish Field Trials Association is regarded as the premier Field Trial society in Scotland. The wide range of prestigious sporting venues which generously host our Field Trials is a reflection of the sound management of the Committee, who endeavour on behalf of the large membership to organise the annual gundog competitions with the best interests of sporting competition to the fore. We are privileged over the years to have run our gundogs on Scone Estate, Kinpurnie Estate, Thirlestane Castle Estate, Teasses Estate, Glenalmond Estate, Bowhill Estate, to name but a few. 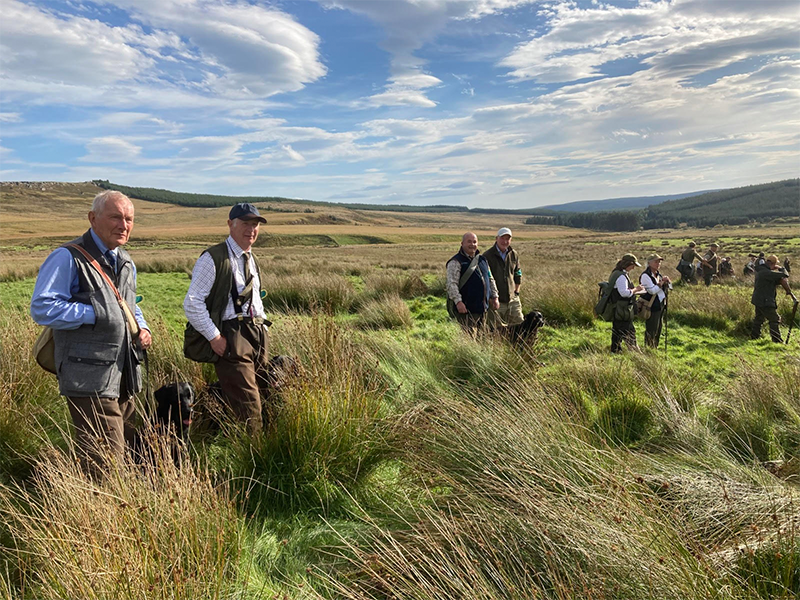 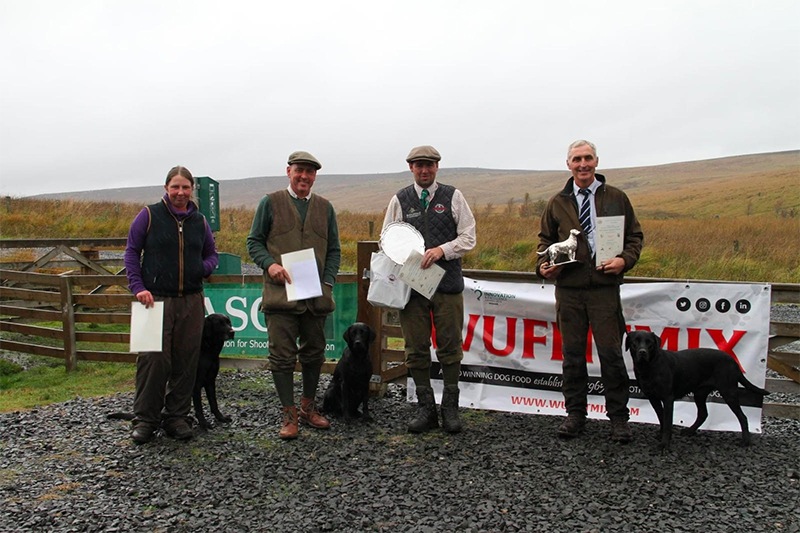 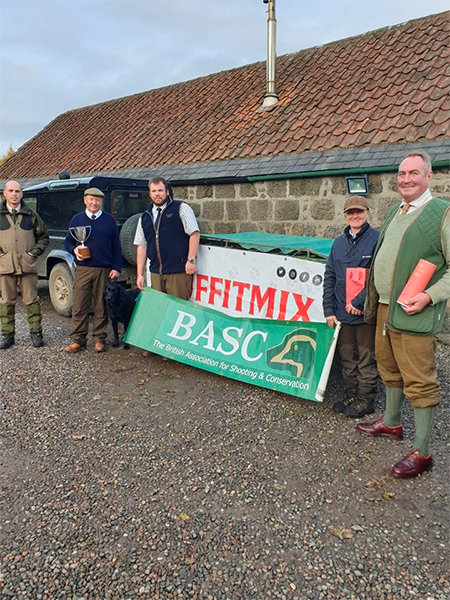