On Saturday 08th December 2018 by kind permission of Eskdale Shooting Services the SFTA Open Cocker stake was held on the Duke of Northumberland's " Tollis Hill" Estate.

A mostly sunny day allowed the two judges Mr David Lissett and Mr Dunc Sutherland to observe an extremely high standard of gundog work. Dogs had to work for their game with the everchanging wind playing its part  in making it a hard but fair day. Retrieves included Pheasant, Partridge, Woodcock and Rabbit on terrain that included laid bracken, white grass and heather.

A welcome addition to the Gallery were a number of Show judges both Cocker and Welsh Springer Spaniel who keenly entered into the spirit of the day and commented at the end on how beneficial  it had been  to see dogs working. 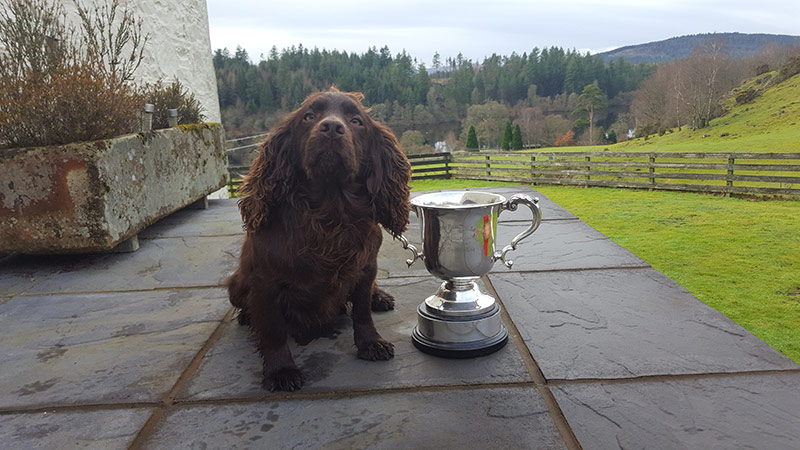